Thinking out of the Box 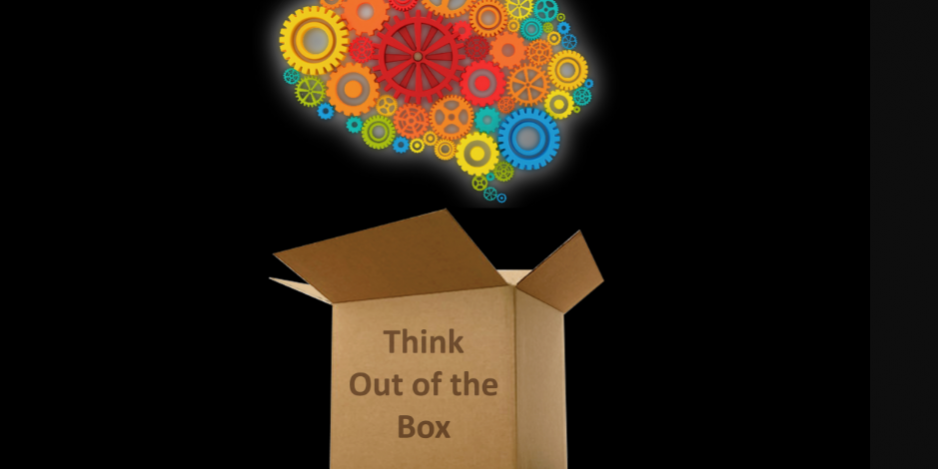 I read a really nice blog post on Thinking out of the box . I liked it and hence wanted to put it here too.

Many hundreds of years ago in a small Italian town, a merchant had the misfortune of owing a large sum of money to the moneylender. The moneylender, who was old and ugly, fancied the merchant’s beautiful daughter so he proposed a bargain. He said he would forgo the merchant’ debt if he could marry the merchant’s daughter. Both the merchant and his daughter were horrified by the proposal. The cunning money lender suggested that they let providence decide the matter.

The moneylender told them that he would put a black pebble and a white pebble into an empty bag. The girl would then have to pick one pebble from the bag. If she picked the black pebble, she would become the moneylender’s wife and her father’s debt would be forgiven. If she picked the white pebble she need not marry him and her father’s debt would still be forgiven. But if she refused to pick a pebble, her father would be thrown into jail.

They were standing on a pebble strewn path in the merchant’s garden. As they talked, the moneylender bent over to pick up two pebbles. As he picked them up, the sharp-eyed girl noticed that he had picked up two black pebbles and put them into the bag. He then asked the girl to pick her pebble from the bag.

1. The girl should refuse to take a pebble.

2. The girl should show that there were two black pebbles in the bag and expose the moneylender as a cheat.

3. The girl should pick a black pebble and sacrifice herself in order to save her father from his debt and imprisonment.

Take a moment to ponder over the story. The above story is used with the hope that it will make us appreciate the difference between lateral and logical thinking. The girl’s dilemma cannot be solved with traditional logical thinking.

Think of the consequences if she chooses the logical answers.

What would you recommend the girl do?

The girl put her hand into the moneybag and drew out a pebble. Without looking at it, she fumbled and let it fall onto the pebble-strewn path where it immediately became lost among all the other pebbles.

“Oh, how clumsy of me,” she said. “But never mind, if you look into the bag for the one that is left, you will be able to tell which pebble I picked.”

Since the remaining pebble is black, it must be assumed that she had picked the white one. And since the moneylender dared not admit his dishonesty, the girl changed what seemed an impossible situation into an extremely advantageous one.

MORAL OF THE STORY: Most complex problems do have a solution, sometimes we have to think about them in a different way

Updates to the Mukerjee Family
January 2, 2010