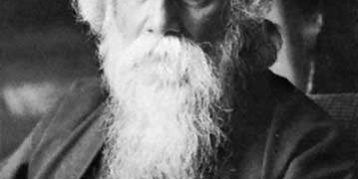 Integrated pattern of  human knowledge, belief, and behavior that depends upon the capacity for learning and transmitting knowledge to succeeding generations

Key points out there are knowledge , belief ,behaviour that we try to transmit to succeeding generations .Simple words on the face of it but so difficult if we really think ????  about it .

Summarizing the above , not only is culture extremely important to imbibe the correct knowledge and beliefs  but also to pass on to the next generation so that they can also start to learn from the genetic information passed on to them as early as possible.

In the age where the small but intricately important values of life which possibly differentiates us humans from other living beings  (like values, knowledge, help and  respect others to give some examples) are getting lost , this is probably getting more important than ever.

Through generations poets have  tried to pen down the ways to pass these knowledge via poems, stories .  As far as Bengali culture is concerned ( to what i belong) the likes of  Rabindra Nath Tagore and Kazi Nazrul Islam have done instrumental job in presenting the Bengali culture for us to learn and pass it on. Hence what better way to celebrate them, learn from them and use the knowledge to form the correct behavior for the next generation.

Portland Bengali community tried a bit on that dedicating these to the greatest poets in Bengali history and hence the title being “Tomarey Pronam” which is respect to the greats. Some of the great talented people came from Portland community came together to take the task to spread the culture. Fortunately the Mukerjees participated along with the ever so talented   Bengalis in Portland , Oregon which included both adults and kids to perform and learn to imbibe the culture behind. Kudos to everyone who is trying to imbibe the culture and pass on the same to the next generation.

A small  glimpse of Vyom performing in the event  below